This episode, Judy chats with journalist and podcaster, Lauren Ober. They discuss Lauren’s new podcast called The Loudest Girl in the World. This is a narrative limited series podcast about Lauren’s journey to discovering she is autistic at the age of 42. Enjoy this episode and please check out the description to find The Loudest Girl in the World and more podcasts with Lauren Ober. 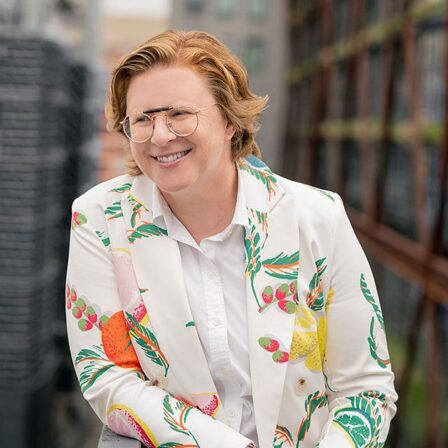 Lauren Ober, host of The Loudest Girl in the World, is a podcast host and producer, most recently of Fine Gorilla Person from Topic Studios and Audible. Before that, she hosted Spectacular Failures from APM Studios. The show was one of TIME magazine’s top 10 podcasts of 2019 and has been downloaded more than 6 million times. Ober also hosted and produced NPR's The Big Listen, a nationally distributed broadcast about podcasts. In a life before hosting, Ober was an award-winning audio reporter and has been heard on shows like This American Life, 99% Invisible and Criminal, as well as all of NPR’s flagship programs. She is a graduate of the Transom Story Workshop, Syracuse University and American University. A proud Pittsburgh native, Lauren currently lives in the 51st state.